Withania is one of the most popular herbs in India, where it is known as Ashwaganda. It is becoming increasingly popular among western herbal practitioners due to its unique and powerful properties.

In both Ayurveda and western herbal medicine, it is used as a rejuvenating tonic much the same as Ginseng is used in China; in fact it is often referred to as ‘Indian Ginseng’. It is highly regarded for treating debility, boosting energy, supporting the immune system and is considered an aphrodisiac. Withania is one of the best herbs for treating stress firstly because of this powerful tonic effect, but secondly because it is calming and non-stimulating.

Modern research has confirmed many of the traditional uses for Withania, with studies showing that it exhibits immune enhancing, anti-stress, antioxidant and anti-inflammatory actions. 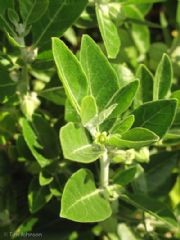