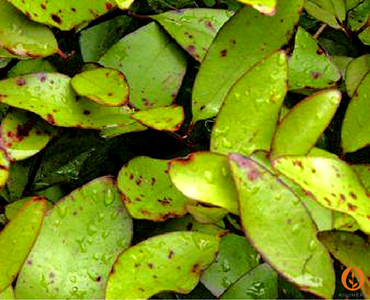 Asti Renaut is a degree-qualified medical herbalist and naturopath with over ten years clinical experience. Asti practices in Christchurch, New Zealand, treating a wide range of health issues. She especially enjoys working with infants and children, and finally has one of her own to practice on! One of the cornerstones of Asti's practice and philosophy is the importance of education and sharing information. She believes that empowering clients to understand their own bodies and health, and giving practical tips and tools to use from the garden and kitchen are just as important for wellness as qualified professional care.

posts by this author

In the hills up here behind my house there are many small trees with grey-green leaves that look like they’re going rusty from the outside in. Sometimes if I’m walking with someone I’ll stop beside one of these trees and offer my friend a nibble on the leaves - Careful! I’ll say, It’s HOT!. It would be so easy to walk past a Horopito plant and not look twice; you’d definitely never expect that a simple little leaf could pack such a powerful peppery punch. People are astonished by the chilli-like taste that develops from chewing even a tiny piece of leaf. Unsurprisingly then, the common name for Horopito (Pseudowintera colorata) is Peppertree.

Horopito has a long list of traditional uses both by New Zealand Maori and by early European settlers. There is also some promising scientific research done in New Zealand that highlights some specific therapeutic benefits of Horopito.

Traditionally, fresh leaves of Horopito were chewed or boiled for toothache and stomachache. Early settlers used Horopito as a substitute for quinine to treat diarrhoea and gastric infections. It was used for stomach aches and known as the ‘Maori Painkiller’ in such cases. It was also utilised for coughs, colds and asthma.

Topically, Horopito was used for skin diseases, wounds, cuts and burns as well as for painful bruising and sore joints.

As the heat implies, it can also be used for promoting circulation, and is useful for those with chill-blains, and impaired circulatory function.

Research completed in New Zealand in more recent years shows a clear anti-fungal action for Horopito, specifically against Candida species (which causes thrush) but also other fungal organisms such as Trichophyton species which causes ringworm.  The active constituent here appears to be polygodial, which has anti-fungal and anti-bacterial activity.

The powerful combination of antimicrobial components (such as polygodial) that kill bugs, or stop them replicating, with tannins (that make tissues tighten up and have a range of positive biological activities) has been shown to enhance antimicrobial activity while also improving resistance to disease.

Horopito, when applied topically to the skin in Manuka Paint, can be utilised to stop the spread of fungal infections such as athlete’s foot, and to enhance skin and nail health. When combined with the equally powerful extracts of New Zealand native Manuka, as well as New Zealand-grown Thyme, a potent skin lotion is produced. This can be applied neat to the skin of the body, feet and hands, or diluted for use in more sensitive areas for the treatment of thrush. For stubborn nail infections, a good tip is to use a file or emery board to buff the nail first to allow the ‘paint’ to penetrate the nail to the bed beneath.

Horopito, for all its peppery glory, is gentle on the skin when used in the right doses. Once again, herbal medicine offers up some powerful natural options for treatment of some of our most common ailments.