Totara is a slow growing medium to large tree, known to reach 30m in height. It has a large trunk up to 2-3m in diameter with thick ,corky, furrowed and somewhat stringy reddish-grey bark.  A special value was placed on the totara by Maori, and it was spoken of as a chiefly tree (“rakau rangatira”). Part of this high regard probably derived from its value in making large canoes, houses, and carving. The bark was also used to make torches, bowls and bags for storing preserved birds. Early European settlers to NZ found that this magnificent tree was extremely resistant to decay, and used it extensively for construction –  eg for wharf pilings, fence posts and railway sleepers.

The primary active constituent of Totara is the phenolic diterpene, totarol. Totarol is considered to possess potent antioxidant and antibacterial properties & is active against Gram-positive bacteria, including penicillin and methicillin-resistant strains of Staphylococcus aureus. Studies also indicate that totarol may be an efflux pump inhibitor; efflux being a common resistance mechanism employed by bacteria. Today, Totarol is extracted exclusively from recycled Totara so no trees are felled for its harvesting.

In a case study published in 2006, a Totarol-containing product was shown to be successful in effecting noticeable improvement in acne in a 14-year old male. There was reportedly a significant reduction in inflammation and the size and extent of lesions over the six week period of use. 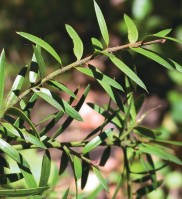